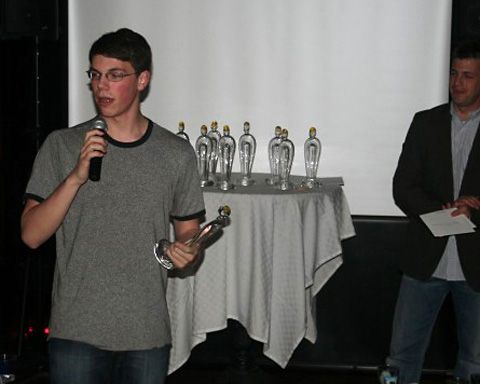 Sunday night was a good night. Tripping Up won Best Comedy at the 2009 West Chester Film Festival, and was runner up for Best Film by a Pennsylvania Filmmaker. Leo was there to accept the award. The awards party was held at The Note in West Chester – cool place if you are ever out that way.