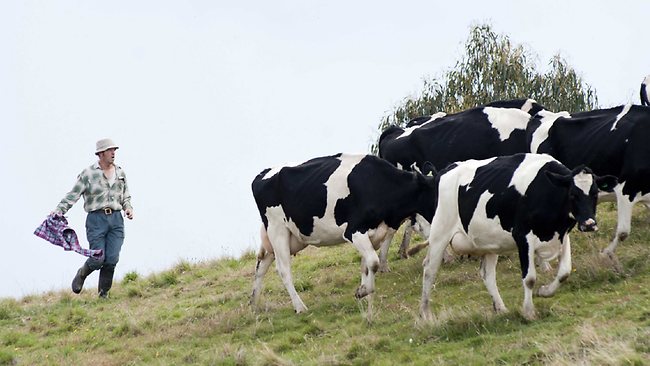 How a Farmer, a Cave Digger, a Fish and a Real Estate Agent Make For One Terrific Evening.

Part of the beauty of Spiritual Cinema Circle is that you never know what you are going to get. So I have to admit there was a degree of uncertainty as I popped in the DVD.

In case you haven’t heard of it, Spiritual Cinema Circle is a membership program that delivers 4 curated uplifting and inspiring independent films to your door every month. Just like in old Hollywood, the feature film is preceded by a few shorts.

The first short film in this selection was The Listing Agent. Darkly comedic, it takes a look at a man who is desperately trying to make a living as a real estate agent. The acting is sincere, and the story has enough heart to make you feel for the character’s plight.

If you are a filmmaker or visual effects artist, you will love the energetic, stylized story in Jonah. It’s as thought provoking as it is visually stunning, and it draws you into the action from the very first shot. Jonah was nominated for an award at Sundance. This is a film you keep talking about long after you’ve seen it.

The third short, Cave Digger, is a documentary about a man who creates spiritual sanctuaries carved out of mountainsides, using only hand tools. Hand tools! This film was nominated or an Academy Award. Personally, I found the pacing slow, but it serves the feeling of aloneness, patience and dedication this man has in following his passion.

The feature film in this selection is Cliffy, an amazing - and true - story of a potato farmer who, at 61, set out to run a 500-mile mega-marathon against runners half his age. Every rural town has it’s share of characters, and Cliffy paints them with an honest brush so that you really care about each one by the third act.

Seemingly unrelated, all of these films, each with its own unique perspective, deal with our relationship with money, and examine the cost of our choices about the paths we follow. But you wouldn’t know that going in. It’s a hidden benefit to have the curators at Spiritual Cinema Circle crafting a theme for you.

And another unexpected joy was the discussion breaks in between the films. Producer and director Stephen Simon, with this guests, sit talk-show style for a minute between each film to discuss their take, in hopes of sparking from you more than a “liked it, hated it” reaction.

And it pays off. My uncertainty quickly melted into delight at these new discoveries. And that is part of the beauty. Unless you frequent the film festival circuit, The Circle is a way to watch heartful, soulful movies you may never get to see otherwise.

Want to watch your own curated set of independent films every month?
Spiritual Cinema Circle has a special Free DVD Offer that contains four films, going on right now!

*This post was created in partnership with eAccountable. All opinions are my own.

Please log in again. The login page will open in a new tab. After logging in you can close it and return to this page.