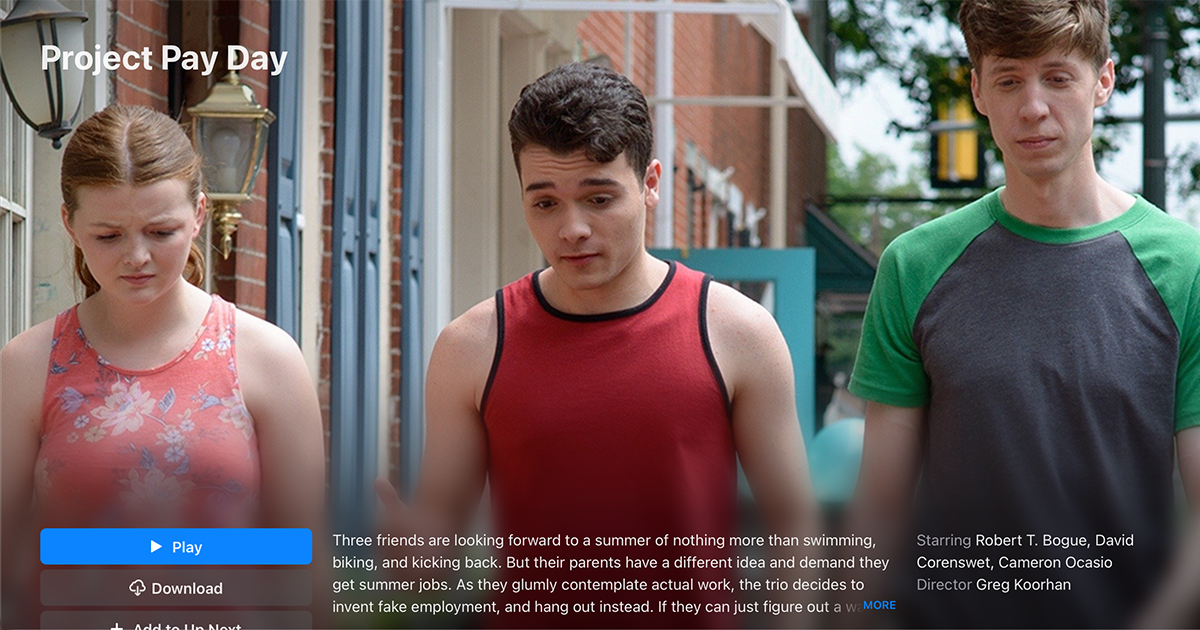 The summer family movie is currently available on Apple TV and Amazon, among others.

The film stars Jaz Goodreau, Quinn McColgan (Extinction, Non-Stop), Cameron Ocasio (Nickelodeon's Sam & Cat) and David Corenswet (Netflix's The Politician, Hollywood) and is directed by Greg Koorhan. The screenplay was based on the young adult novel by Brent Hartinger.

—
When three teen friends are forced by their parents to get summer jobs, they decide to invent fake jobs and hang out instead, but then embark on a series of get-rich-quick schemes to make the money they should have been earning.

But the sweet life proves much more difficult than anticipated.

Project Pay Day is Mr. Koorhan’s feature directorial debut. “We set out to create a story of friendship, hard work and the power of positive thinking,” Greg Koorhan said, “and I’m thrilled by the reception Project Pay Day has been getting from both kids and adults.”

“This was such a fun production and it really shows on the screen” added Quinn McColgan, one of the film’s lead actors. “and I’m so proud to be a part of a project that both parents and their children can enjoy together”.

You can watch the trailer and behind the scenes clips here.